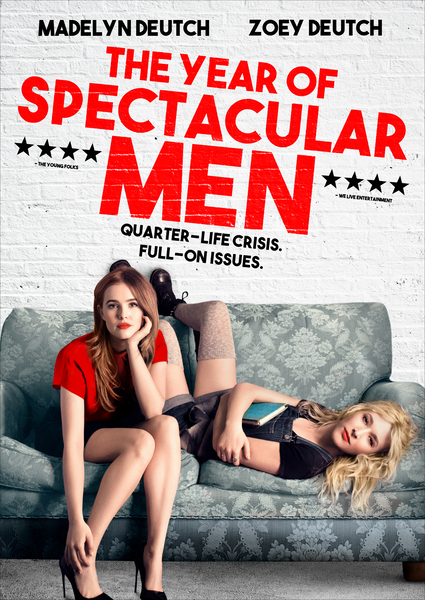 THE YEAR OF SPECTACULAR MEN

A year of love and laughs as a recent graduate tries to discover herself and navigate adulthood.

A fresh and touching take on the romantic comedy, starring real life sisters Madelyn Deutch (OUTCAST) and Zoey Deutch (ZOMBIELAND: DOUBE TAP). Izzy Klein has (barely) graduated from college, broken up (kind of) with her boyfriend, and is stranded in New York City with a bad case of pre-real-world millennial-itis. Unsure of what the next step is, her movie star little sister Sabrina convinces her to move back home to Los Angeles. Izzy funnels her energy into dating a colourful bouquet of five spectacular men and figures out that when it totally feels like the end of your story, it’s often just the beginning. Co-starring and directed by Lea Thompson (BACK TO THE FUTURE), mother to Madelyn and Zoey.