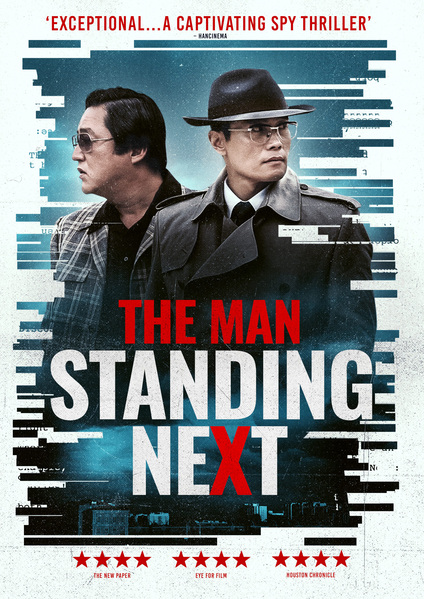 THE MAN STANDING NEXT

A critically acclaimed, John le Carré-esque spy thriller. It is 1979, and South Korea has been under the absolute domination of President Park’s dictatorship for 18 long years. Kim Gyu-pyeong (Lee Byung-hun – I Saw The Devil, The Magnificent Seven), the director of the Korean Central Intelligence Agency (KCIA), has asserted his loyalty to the president despite having his doubts about the leader’s intentions. When the former director of the KCIA flees to America with a time-bomb of government secrets, Kim is sent on a mission to stop the truth in its tracks. As the government’s web of lies continues to be spun, tensions build, alliances crumble, and the once impenetrable leadership must face the fact that all men, no matter how powerful, must die… From the director of the celebrated The Drug King.