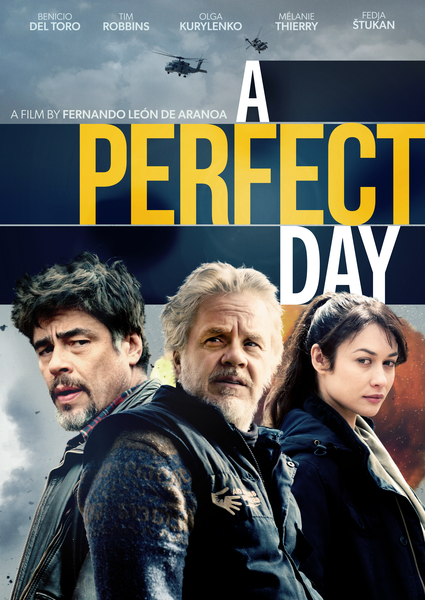 Benicio del Toro & Tim Robbins star in this war zone comedy where a band of rescue workers are confronted with a crisis.

A hellishly funny war zone comedy starring Benicio del Toro, Tim Robbins and Olga Kurylenko. It’s just another day on the job for a band of renegade rescue workers as they defy death in the middle of a war zone. Somewhere in the Balkans, over the course of 24 breathless hours, Mambrú (Benicio del Toro), leads his team of humanitarians, including hard-bitten, wisecracking veteran B (Tim Robbins) and new recruit Sophie (Melanie Thierry), as they deal with an unexpected crisis. Through it all, the group handles the less-than-glamorous realities of life in a combat zone the only way they know how: with selfless bravery and a healthy dose of irreverent humour. From the director of ‘Loving Pablo’ and ‘The Good Boss’.